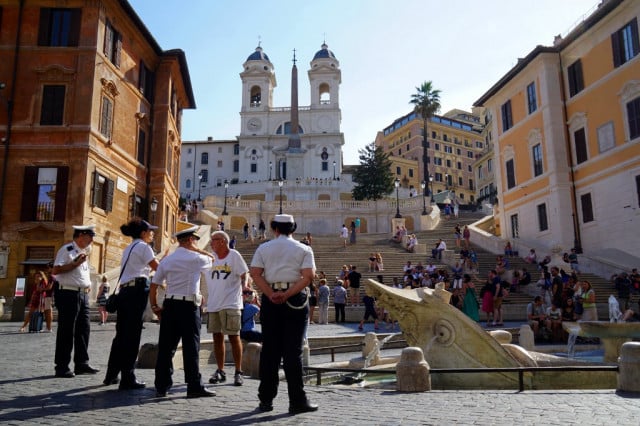 Police patrol the base of the Spanish Steps in Rome. Photo: Marie-Laure Messana/AFP

By now, most regular visitors to Italy know that things like swimming in fountains and street drinking are not just frowned upon, but likely to land you with a fine or a Daspo (temporary ban from the area).

And you’d think it would be obvious that stealing pieces of the Colosseum or peeing on Florence’s famous monuments is a no-no.

But as Italian tourist hotspots struggle to manage overcrowding in peak season, it seems that visitors are falling foul of local laws every other day.

Simply being polite and considerate should usually be enough to keep you out of trouble in Italy. But even the most well-meaning visitor could fall foul of some rules, which were either enforced recently in response to issues with overtourism or brought in many years ago and never abolished.

So here’s a quick look at what NOT to do if you want to avoid any trouble on your next trip.

Local authorities in the popular seaside destination of Cinque Terre have begged visitors to stop wearing flip-flops on its hiking trails, which many visitors don’t realise are pretty rugged. Tired of having to call out the emergency services to rescue stranded tourists, authorities are now handing out fines ranging from €50 to €2,500 to anyone caught endangering themselves with a poor choice of footwear.

READ ALSO:‘They’re not swimming pools’: Tourists told to keep out of Rome’s fountains

Eat on the go

You’ll rarely see image-conscious Italians eating snacks while walking, or ordering a (heaven forbid) takeout coffee. Taking the time to sit down and eat or drink “properly” is of huge importance. But in Florence, snacking on the streets is actually banned.

Florentines’ intense dislike of seeing tourists munching slices of pizza as they walk means you could be fined for eating on the go on certain streets in the historic centre at mealtimes, when the city says everyone should be sitting down to enjoy their food. You can be fined up to €500 for flouting the law.

Eat in the wrong place

And don’t think that you can sit down to enjoy your panino just anywhere. “Slovenly eating” on or near Rome’s historic fountains at any time of day can land you in serious trouble under recently-passed laws, and anyone caught picnicking on the streets of Venice can also expect a hefty fine.

Make your own coffee

Two backpackers were fined a whopping €900 recently in Venice for brewing a morning coffee at the foot of the Rialto bridge. Locals weren’t impressed by the visitors setting up a camping stove next to the world-famous monument, and called the police – though some of our readers commented that the real “crime” here was bringing their own coffee to Italy. Sardinia has cracked down on “sand theft” in an effort to protect its fragile environment. You might never have thought of it, but there are people who take sand home from beaches as souvenirs – while plenty more accidentally take it home on their clothes or beach towels. Anyone found smuggling sand in their suitcases can now be fined up to €3,000 – and one couple who tried to take a whopping 40kg of sand home with them now face jail time.

Swim in a canal

Several people have found themselves in trouble with police in the past few years after going for a swim in Venice’s canals on a hot summer’s day. Think dipping a toe in won’t cause any harm? Putting your feet in is banned, too.

Cool off in a fountain

It might look tempting in Rome’s summer heat, but there have been around a dozen reports of tourists being fined up to €450 this year alone after taking a refreshing dip in one of Rome’s historic fountains. And we definitely don’t recommend skinny-dipping in central Milan. Use a drinking fountain incorrectly

Rome has another type of fountain: those spouting fresh drinking water. But using them improperly – putting your mouth to the tap, or even washing your feet in them – can incur the wrath of locals and even land you with a fine, at least in theory.

Sit on the steps

Sitting on Rome’s famous Spanish Steps was, until very recently, a very typical thing to do on a summer evening in the city. But a new law makes this a thing of the past. It’s now prohibited to sit on the historic steps, which were built in the 1700s and recently restored at a cost of 1.5 million euros.

In Venice’s usually crowded city centre, riding a bike, or even walking with a bike, is now banned.

Italians regularly complain about visitors to cities dressing as if they’re at the beach. But under new rules, Venice has completely banned swimwear and sunbathing in the centre – and walking around shirtless (or topless) in Venice or Rome will get you in trouble, too.

Another one from rule-heavy Venice: this favourite pastime of tourists everywhere could get you into big trouble in the canal city.

Use a ‘love lock’

The idea of writing your initials on a padlock and affixing it to a bridge was made popular by instagrammers everywhere from Prague to Paris.

Many European cities have cracked down on it now after damage to historic bridges – and Rome and Venice are among them, with local authorities now doing their best to dissuade amorous couples from committing minor acts of vandalism..

Just in case you were going to pack a pair of wooden clogs for your trip to Capri (and who wasn’t?) here’s a heads up: they’ve reportedly been banned on the island since 1960, for reasons we can only guess at. 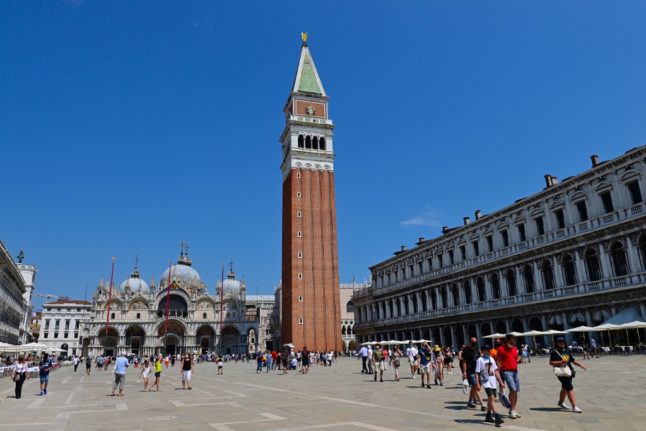 For an island surrounded by shallow waters and countless shoals, it sure seems oddly fitting that Venice’s long-discussed ‘tourist tax’ system continues to be hopelessly stranded.

First mooted in 2019, the idea to impose an entry fee on all day-trippers to regulate visitors’ inflow and supposedly solve the city’s overcrowding problems had been delayed by the second-worst flooding in Venice’s history first and by the Covid-19 pandemic after.

But all the pieces seemed to have finally fallen into place earlier this year, with Venice expected to get its much-touted tourism regulation system up and running by January 16th, 2023.

However, in what will hardly come as a surprise to anyone even remotely familiar with the project’s troubled history, the city administration has recently hit another snag and the entry-fee saga will now continue well into the new year.

While Venice’s comune (town hall) has vaguely attributed the latest deferral to the need to “change and improve” the project, a number of longstanding issues seem to have bogged down the city’s plan once more. 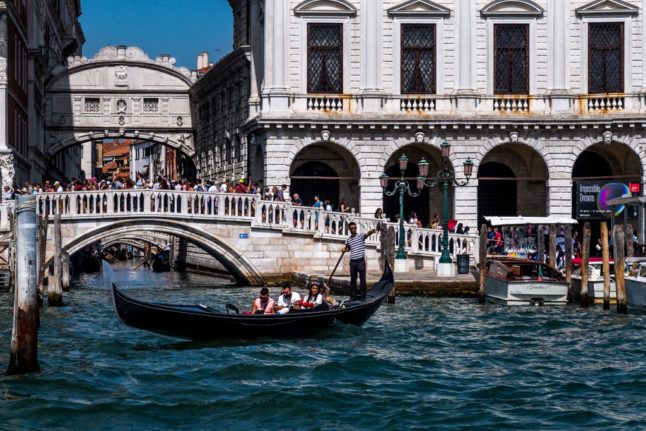 Firstly, a good deal of confusion still lingers over who exactly will be exempted from paying the entry fee (contributo d’accesso), which will range from three to ten euros based on the day and time of the year.

And, according to the latest media reports, a squabble between Venice’s administration and regional authorities over the status of Veneto residents – the region is reportedly pushing for a full exemption, which Venice seems to oppose for now – may have been the main reason behind the latest stand-off.

But a clearer definition of the plan’s exemptions isn’t the only outstanding item in the city’s to-do list, not by a long shot.

In particular, the comune had pledged earlier this year that the website allowing day-trippers to book and pay for their visit to the city would be ready by the end of 2022, but, with less than a month to go until the new year, no announcement has been made on the subject so far.

It is perhaps telling in this sense that the city’s still in the process of asking residents for comments and suggestions on the entry fee plan – the web page meant to record locals’ feedback on the project went live on Tuesday, December 6th and will remain available until January 7th.

So, as Venice’s administration works to solve the current issues and improve the plan based on residents’ input, when could we expect to see the system in operation?

Well, any changes made to the original project will have to be first approved by the city’s council (Consiglio Comunale), after which it’ll take months – perhaps, as many as six – to get the system ready to go.

This means that, even if the council somehow managed to approve the new plan by the end of the year, the project’s trial stages could only start next summer, with the local Feast of the Redeemer (Festa del Redentore) on July 15th potentially being the first real test bench for the whole system.

That said, given the project’s not-so-promising history, it’d be hard for anyone to bank on it. 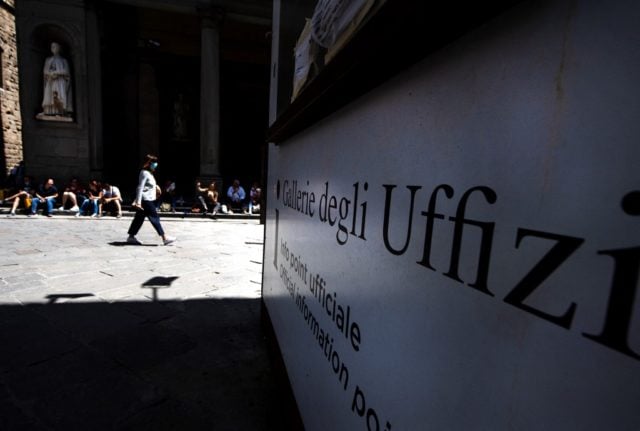