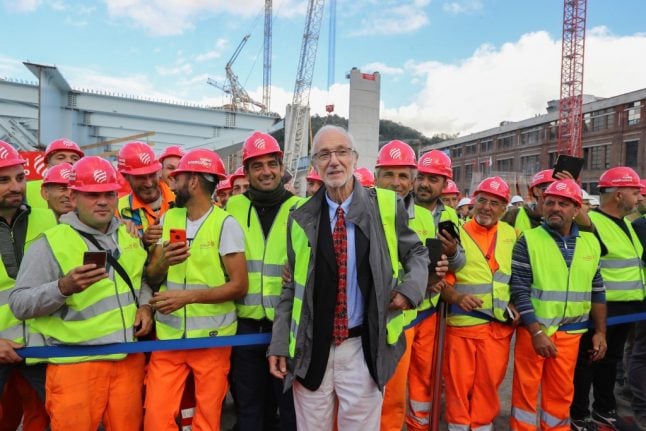 A siren blared on Tuesday as the vast section of deck was hoisted by cranes some 45 metres up to sit across two concrete piles, the first of 18 that will support a streamlined and luminous white bridge conceived to resemble the keel of a ship.

This morning is special. This is not the laying of the first stone, but a launch. Just like for a ship, except that this time we are not setting out to sea, but going upwards,” Piano said as he arrived on site. The Genoa native, who has designed buildings including the Centre Georges Pompidou in Paris and The Shard in London, told the construction workers to “be careful” as they performed the “acrobatic” job of elevating the mammoth deck.

Part of the so-called Morandi highway in the northern Italian city collapsed during heavy rain on August 14, 2018, hurling dozens of cars and several trucks onto railway tracks below.

The bridge's two remaining towers were demolished in a giant blast in June to make way for the new structure, which will be 1,067 metres long and be made up of 19 decks of varying length. The section of the new steel and concrete bridge, raised on Tuesday with giant cranes, is 26 metres wide and 550 tons.

“From today onwards, the people of Genoa and tourists will see the firstpiece of the bridge, which will continue to grow outwards until it reaches either side of the valley,” the city's mayor Marco Bucci told reporters.

The structure will open to traffic by the end of April 2020, he said.

“The bridge has the people of Genoa's DNA in it,” Bucci said. “It's strong as steel and looks like a ship. That is a great symbol, because our wealth has come from and via the sea.”

Bridge enthusiasts will be able to watch the construction advance via webcams active 24 hours a day, seven days a week.

The Morandi bridge, named after the architect who designed it in the 1960s, had been riddled with structural problems for decades, leading to expensive maintenance.

Its collapse threw the spotlight on Italy's creaking infrastructure.

Autostrade, which runs almost half of Italy's motorway network, has been blamed for allegedly failing to maintain it properly.

The company's head of maintenance was reportedly caught on tape a year before the disaster, saying that he was under intense pressure to “spend as little as possible”, Italian media said Monday.

A total of 71 people are accused in the legal case, from managers in two Benetton companies to civil servants, involving more than 100 lawyers, 120 experts, 75 witnesses and tonnes of documents and other evidence. 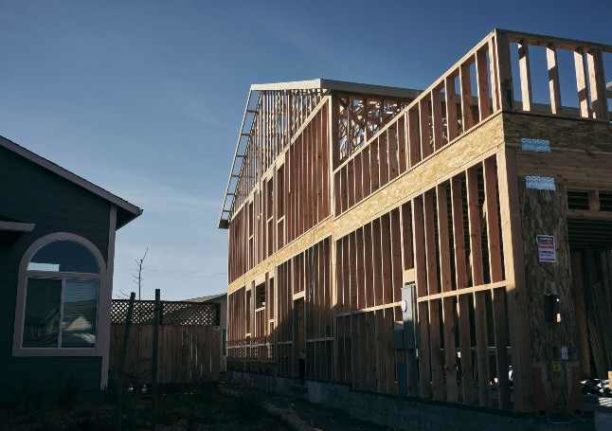 ARCHITECTURE
Venice Biennale: Will the pandemic usher in a new era of architecture?
Url copied to clipboard!