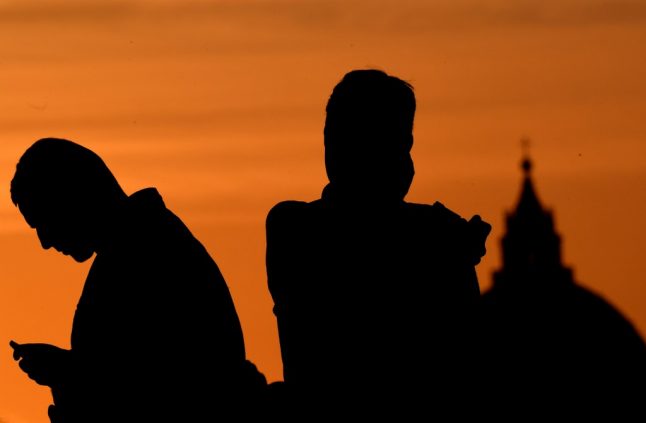 I thought this was the land of ‘la dolce vita’. What are Italians so worried about?

According to a survey by global research group Ipsos, they’re pessimistic about quite a lot in fact.

They're most worried about work and the economy, as 77 percent of those surveyed said that was their main concern for 2020.

Almost one in two (49 percent) Italians also believes that the country is going in the wrong direction, up 10 percent compared to Ipsos’s December 2018 survey.

In fact, only 15 percent of Italians expressed a positive opinion about the country's economy, 3 percent down compared to last year.

And when it comes to hoping things will take a turn for the better, 53 percent said they didn’t foresee any chances of economic recovery in the near future, whilst 24 percent said there were some signs of improvement.

2019 has indeed been a difficult year for Italy, with heightened political fragility and tensions in the heavily-indebted country resulting in the economy stagnating and unemployment remaining high at around 9-10 percent.

Okay, those worries seem understandable. Anything else that’s keeping Italians up at night?

Well as mentioned just now, political instability is also a big concern, as evidenced by the fact that 43 percent of respondents said they wished for the improved functioning of public institutions and the political situation in 2020. This was followed by concerns over Italy's welfare system, 36 percent of whom expressed worry.

Italy’s 2019 government crisis came about when Minister of the Interior and leader of the League Matteo Salvini revoked his support of the cabinet and asked the President of the Republic to call a snap election. This led to the resignation of Prime Minister Giuseppe Conte, resulting in the formation of a new cabinet headed by Conte himself.

Immigration also remains a concern for one in four (23 percent) Italians, closely followed by safety (22 percent).

The number of migrants arriving on Italy’s shores actually halved in 2019 after being on the rise every year since 2014, which could explain why the rate of concern about foreigners arriving in Italy has dropped by 14 percent compared to 2018.

The environment and climate change came in sixth place on Italians’ lists of concerns.

I thought Italians were a happy, carefree bunch. Is it all a myth then?

Well, despite their welcoming and sunny disposition, Italians are, in fact, among the least happy in Europe, according to other studies such as the World Happiness Reports.

But rather than just focus on all the doom and gloom that has apparently become part of the Italian state of mind, it’s worth noting that a majority of Italians are still content with one thing: their quality of life.

Two out every three (66 percent) respondents in the Ipsos survey said that they were satisfied with their life standards, although there was a big disparity between northern Italy (80 percent satisfied) and the south and the islands (49 percent).