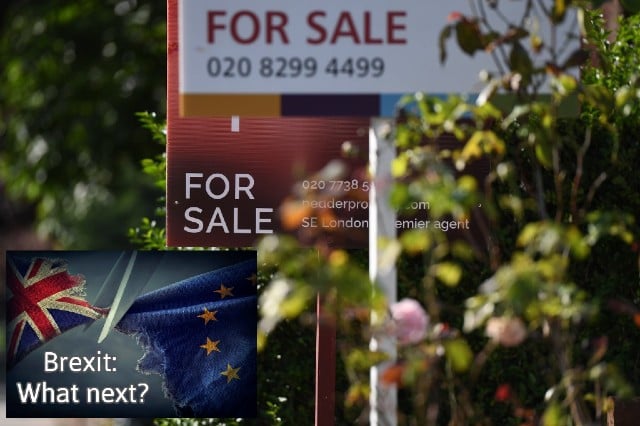 Thinking of selling up and moving to Italy? Here's what you need to know. Photo: AFP

Many British people have been nursing a long-term dream of moving to Italy one day, perhaps as a retirement plan or simply to start a new life in the sun.

But if you haven't made the move by the time the UK leaves the EU on January 31st, have you left it too late?

Let's have a look at the rules for moving countries without the benefit of EU freedom of movement.

Assuming that the UK leaves the EU with a deal on January 31st, which at present is looking likely, there then begins a transition period.

This currently runs until December 31st, 2020, although it is possible it could be extended.

During these 11 months, the Withdrawal Agreement states that both British and EU citizens keep the rights that they currently have, including the freedom to move to another EU country.

So not only can you move to Italy during this period, you probably should if it's possible and if that's been your aim of course, because afterwards things are set to get a lot more complicated. Brits wanting to move to an Italian town like Perugia, Umbria, will need to meet certain criteria after the transition period. Photo: Alberto Pizzoli/AFP

The Withdrawal Agreement provides that British people who are already lawfully resident in an EU country have the right to remain there, and that includes people who move between Brexit day and the end of the transition period.

Many rights will be guaranteed for people who are legally resident in a country before December 31st, 2020 (or later if the transition period is extended).

The phrase “legally resident” is important though. It applies also to people already resident and means that certain criteria – including being financially self-sufficient – must be met.

Be careful to keep all paperwork relating to your arrival date in Italy – you may need it when you come to apply for residency.

UK citizens will still have the right to apply for the certificato di residenza, also referred to sometimes as the attestazione di residenza until the end of December 2020, a British Embassy spokesperson has confirmed.

After the transition period

Once the transition period ends things get more complicated.

Exactly what the rules will be for people who want to move to Italy after this date we don't yet know – it's one of the many issues that needs to be negotiated during the transition period.

This period was originally scheduled to last for two years, but repeated Brexit delays have whittled it down to just 11 months.

In that time, a whole host of issues relating to citizens' rights need to be be agreed – as well as thrashing out a trade deal. It's an ambitious timetable by anyone's standards.

What could happen after the transition period?

As far as what kind of deal that will be agreed, we're really moving into guesswork here, but given the UK wants to end freedom of movement it seems likely that the rules will end up being similar to those already in place for American or Australian people who want to move to Italy.

And there are plenty of them living here, so clearly it's not impossible. It is a lot more complicated though – and expensive. People who don't take up permanent residency are restricted to spending only 90 days out of every 180 in the Schengen zone – something that will have a big impact on British second-home owners in Italy.

People who want to make the move permanently need a visa.

Most non-EU citizens have to apply for a long-stay visa in their home country before making the move, and have it validated as a residency permit within three months of arriving.

Often visas are linked to work or study, so people who want to move to Italy, live off savings for a while or set up their own business could find themselves being rejected for residency.

Once the UK leaves the EU, British people will cease to be EU citizens, with all the rights that go with that.

However there are a couple of ways that British people could still benefit from EU rules. One of these is to become the citizen of an EU country.

Thousands have applied for Italian citizenship, while others have moved to safeguard their EU citizenship by applying for Irish or another EU nationality. Both these routes come with conditions, of course.

The other is to apply as a family member of an EU citizen, for example if you are married or are a dependent child – you can 'piggy back' on their rights. However this is still more complicated than travelling under freedom of movement, and you would still need to apply for residency within 90 days of arriving in the country.

BREXIT
‘Ashamed, embarrassed, disappointed’ – How Brits in the EU feel about the UK
Url copied to clipboard!