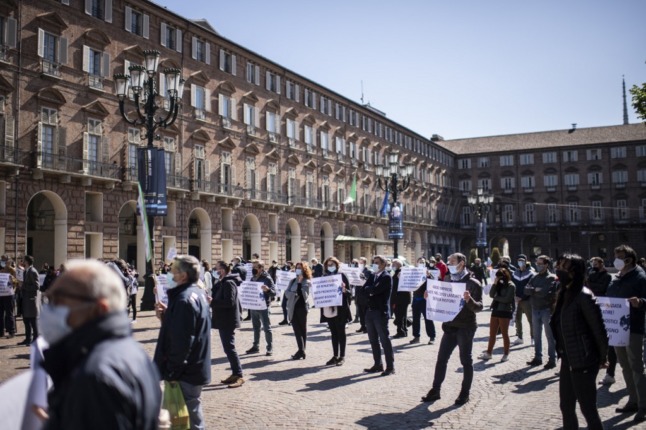 A demonstration in Turin against business closues due to Covid-19 restrictions held in May 2021.Photo: Marco Bertorello/AFP

The freeze on firings introduced in February 2020 as Covid-19 hit Italy will be selectively lifted from Thursday, a government spokesman said following a cabinet meeting.

The Bank of Italy estimates that Italy’s ban on lay-offs, unique among European nations, helped save 440,000 jobs last year amid the pandemic

Trade unions had warned that ending the layoff freeze as scheduled could lead to “a million more unemployed” in the country.

But after tough negotiations, Italian unions this week secured a commitment from employers to use measures such as reducing workers’ hours before laying them off.

A state-funded scheme of part-time working for struggling firms was also extended for 13 weeks, and in return, companies that benefit must not to fire workers during this period.

As announced earlier this week, the freeze on lay-offs will remain until October in sectors hardest hit by the pandemic, such as textile, fashion and footwear.

For large companies notably in construction and manufacturing, the freeze will end as planned on Wednesday.

The eurozone’s third largest economy was plunged into a deep recession last year by the pandemic.

The European Commission this month denounced the Italian ban on layoffs as “counterproductive” as it protects employees on long-term contracts but not those in more precarious jobs – notably women and young people who have so far felt the brunt of the economic problems in Italy.

It asserted that in France and Germany, which instead offered financial support for people whose hours were cut by struggling companies, the effects of the pandemic on employment have been less severe than in Italy.

Despite the ban, there were 550,000 layoffs in Italy in 2020, as those related to disciplinary issues or the closure of companies were exempt.

There are also hundreds of thousands of workers in more precarious jobs whose contracts were not renewed.

In total, almost a million jobs were lost last year in Italy. 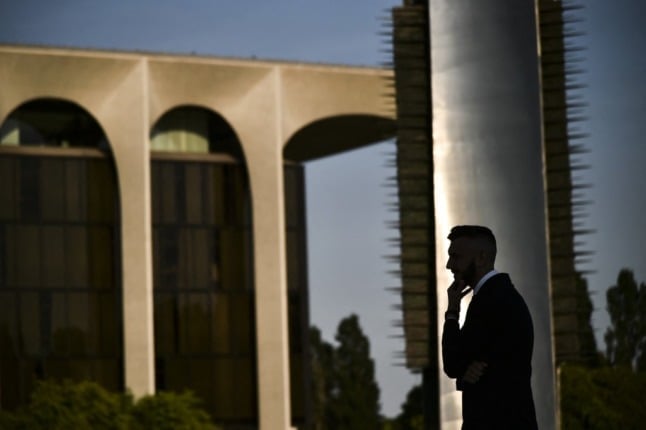