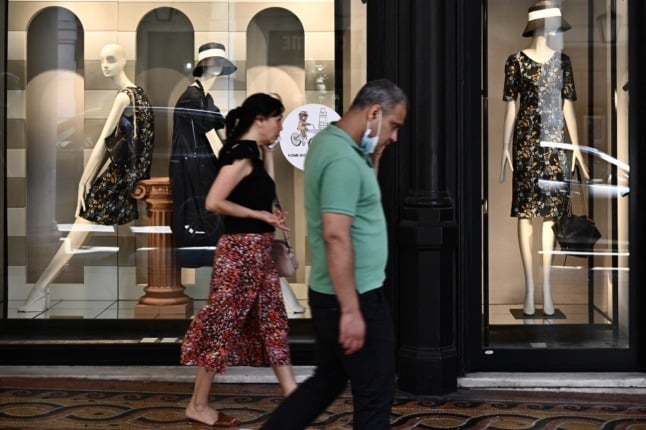 The infection rate is on the rise in Italy due to an increase in the spread of the Delta variant, according to a draft of the weekly coronavirus monitoring report from the health ministry and Higher Health Institute (ISS) published on Friday.

Data from the past week showed that the nation’s Rt number, which shows the rate of transmission, had risen slightly to 0.66 from 0.63 last week.

The report confirmed that a growing number of cases were being attributed to the Delta variant in Italy.

While European health authorities expect the more infectious strain to become “dominant” on the continent by the end of summer, at the moment in Italy it is estimated to account for around a third of cases.

Analysis of the data by Italy’s evidence-based medicines agency Gimbe showed that this was the first time the number of new cases had risen since it began falling in March.

“After 15 consecutive weeks of descent, there is an increase of 5% in new cases compared to the previous week. Testing activity, after 7 weeks of decline, shows an increase of 15.5%,” wrote Gimbe head Dr Nino Cartabellotta in the foundation’s report.

But he stressed that the amount of testing carried out was “too low” and said contact tracing in Italy was still “insufficient”, leading to “underestimation of new cases”.

The number of people hospitalised with Covid-19 and the number of deaths continues to fall across the country, the latest report confirmed.

While the number of new cases had risen overall in Italy, it was still falling in ten regions, the data showed.

Numbers had risen week-on-week in the regions of Abruzzo, Campania, Liguria, Lombardy, Marche, Sardinia, Sicily, Tuscany, Veneto, and the autonomous provinces of Trento and Bolzano.

Many European countries have reported a recent increase in new cases fuelled by the more infectious Delta variant, which was first detected in India.

However the European average infection rate currently remains far lower than that in the UK, where a new wave of contagions fuelled by the variant began in early June.

Italian health minister Roberto Speranza stressed on Thursday that “the pandemic is not over” and urged people to show “great prudence and caution, particularly due to variants.”

He said Italy’s health situation was “considerably better than what we have known in previous months, but we must keep our guard up”.

READ ALSO: When do you still need to wear a mask in Italy?

Asked by reporters whether Italy would consider further lowering restrictions as the British government has promised to do as of July 19th, Speranza responded: “We’ve chosen the line of gradualness and of taking it step by step with great caution. And for us this line has borne fruit “

Most of Italy’s nationwide coronavirus measures have been relaxed since June 28th, when every region was declared a low-risk ‘white’ zone.

However, some rules still remain in place including those on social distancing as well as some restrictions on venue capacity and private parties. Masks must still be worn in all indoor public places and in crowded outdoor areas.

So far, Italy has fully vaccinated some 22 million people, or 41 percent of the population aged over 12, the official figures showed on Friday.

Italy continues to administer around half a million vaccine doses daily.