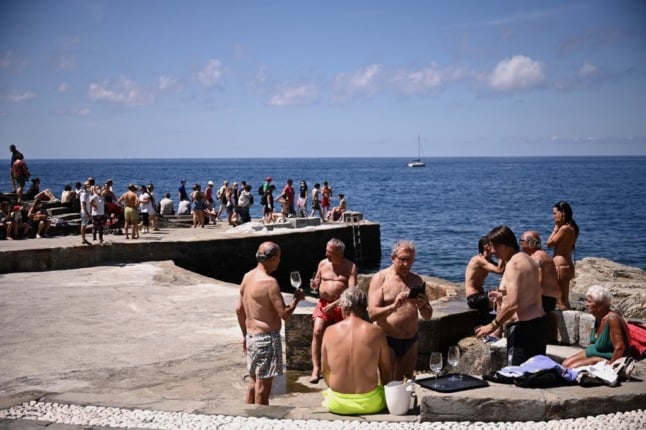 The Italian health ministry confirmed on Friday that the last region still classed as a ‘yellow’ zone, Valle d’Aosta, would join the rest of the country in the low-risk ‘white’ tier on Monday June 28th, meaning most rules can be relaxed.

“With the decree I just signed, all of Italy will be ‘white’ starting from Monday. It is an encouraging result, but we still need caution and prudence,” Health Minister Roberto Speranza wrote in a Facebook post.

Urging people to remain vigilant, the minister added: “the battle has not yet been won.”

EXPLAINED: When do you still need to wear a mask in Italy?

In practical terms, the difference will be quite small as restrictions were already low across the country,

The main difference when moving from ‘yellow’ to ‘white’ is an end to the limit on the number of guests you can have at home (which is currently four in yellow zones, not including children).

As the government announced earlier this week,.outdoor mask-wearing rules can also be eased in ‘white’ zones from Monday – welcome news across the country where an ongoing heatwave is expected to push temperatures past 40 degrees Celsius (104 degrees Fahrenheit) again in some southern areas this week.

However the mask-wearing requirement has not been removed completely.

Most other measures have already been relaxed, including the midnight-5am curfew, which was scrapped nationwide on Monday June 21st under the national timeline for reopening.

Social distancing rules remain in place in ‘white’ zones, as does a ban on parties and large gatherings at home.

READ ALSO: What are the rules in Italy’s coronavirus ‘white zones’?

The easing of rules comes after a long period beginning in November of full or partial regional lockdowns across the country.

The entire country was made a “yellow zone” last month, which brought more freedoms but maintained the overnight curfew and kept many limits on business opening hours in place.

While all regions are currently now in the lowest-risk category, the country remains under its four-tiered system of restrictions.

If the number of infections rises again, the health ministry can reinstate the ‘yellow’ zone or higher-risk ‘orange’ and ‘red’ zones, all of which have varying sets of rules.

The Higher Health Institute (ISS) said in a report on Friday the Delta variant now accounted for more than 16% of new cases in Italy, and warned that this variant was more contagious and had the potential to partially elude vaccines.

The ISS report, along with others from Italian health experts and the European Centre for Disease Prevention and Control (ECDC) this week, called for more sequencing and renewed efforts to increase vaccination coverage in order to prevent the country’s health situation from worsening.