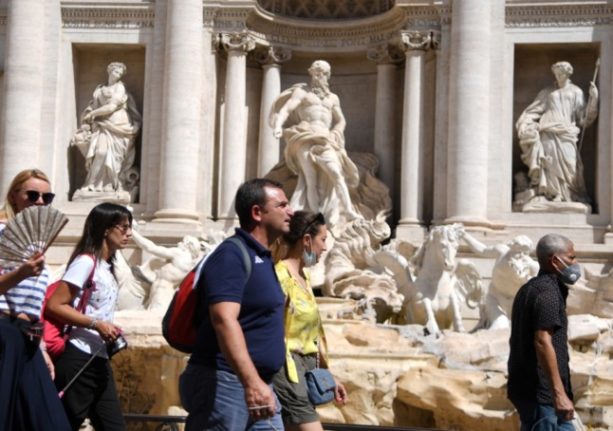 With a return to a steadily rising rate of coronavirus cases after weeks of decline, Italian authorities are set to give the green light to prolong the national state of emergency once more.

As part of Italy’s latest emergency decree, which is expected to be announced on Wednesday or Thursday, this new extension could last another six months or even until the end of the year.

This is a timeframe that’s hoped to allow for the effects of the vaccination campaign – which has a goal of 80 percent coverage by the end of September – and provides more time to track the outcome of rising contagion rates over the summer period.

The decision will take into account the epidemiological situation and the resurgence of the coronavirus, and is currently being discussed along with the new risk parameters for Italy’s regions and amendments to the ‘green pass’ scheme.

The planned autumn elections are also thought to be a factor in determining a new extension date, reports Italian media.

The measure has already been in place for 18 months. It was first introduced on January 31st 2020, as the first cases of coronavirus were detected in Rome.

Initially, it had a timescale of six months but it has been rolled over several times in accordance with the continuing emergency Covid-19 situation.

Known as the stato di emergenza in Italian, the declaration of emergency status gives moe power to the government and regional authorities to make changes rapidly in response to a constantly changing health situation.

It’s not the same thing as an emergency decree, or DPCM (Decreto del Presidente del Consiglio dei Ministri, legislation issued directly by the prime minister) but rather the condition needed for these emergency laws to be passed.

The Council of Ministers (Italy’s government cabinet), on the proposal of the Prime Minister, has the power to enforce it in agreement with the governors and presidents of autonomous provinces.

The state of emergency has a maximum time limit of validity until January 2022 – the date that marks the two-year limit permitted for this measure.

So far, the state of emergency has been extended by between two and six months each time.

Italian Prime Minister Mario Draghi continues to favour a more cautious approach to easing restrictions, drawing on the advice of the Covid-19 emergency commission and scientific advisory panel (the Comitato tecnico scientifico or CTS) – which was set up under the state of emergency rules early on in the pandemic.