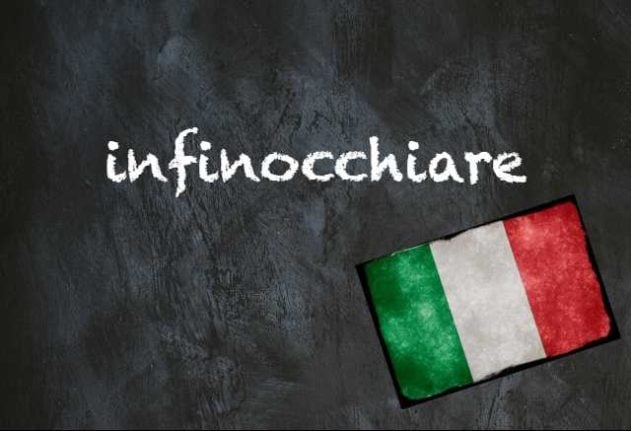 It happens to tourists everywhere – especially those unwise enough to order at a restaurant in Venice without closely examining the price list.

Every once in a while on holiday – or sometimes even in your hometown – you’re going to get punked, hustled, duped, hoodwinked by a huckster.

There are several ways to describe the act of cheating someone in Italian, including imbrogliare and ingannare, as well as some more colourful words we can’t really print. But few are as poetic as infinocchiare – literally, to fennel someone.

A me pare che tu ti sia fatto infinocchiare da una bambina.
It sounds to me like you’ve let yourself be hoodwinked by a little girl.

Mi ha infinocchiato per bene.
He set me up perfectly.

Where does this expression come from?

Apparently, it refers back to restauranteurs as early as Roman times serving their guests poor quality or soured wine.

To try and hide the drink’s bitter taste, the unscrupulous host would sprinkle it with fennel seeds that provided an olfactory cloak.

In fact some sources say that dishonest cooks were also known to chuck fennel seeds in any old dish that wasn’t up to scratch, including food that was going bad.

Did the trick ever really work?

Who’s to say, but fennel seeds are known for their strong flavour, which is why restaurants will often serve them at the end of your meal along with your bill as a palate cleanser – so there’s probably more than one Roman publican who got away with it.

As for you, keep training up that nose so you can sniff out the fennel the next time a deal seems too good to be true.