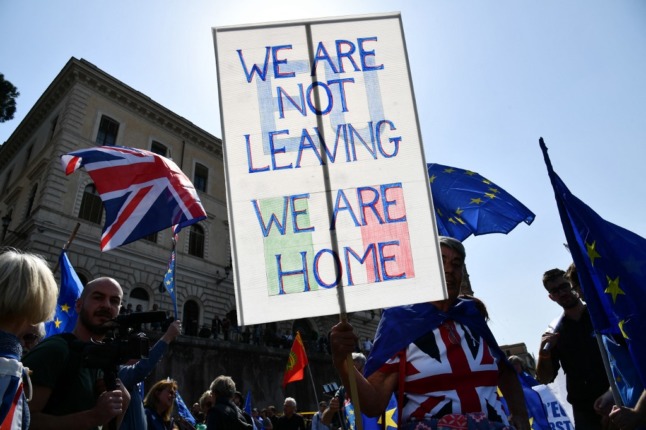 Thanks to Brexit, all UK nationals who moved to Italy before the UK’s withdrawal from the EU took effect need to be able to prove that they were resident here before the Brexit transition period concluded at the end of 2020.

The carta di soggiorno, a microchipped card that shows your residency status, photo and fingerprints, is available to British citizens who were lawfully living in Italy before January 1st 2021.

While the new card is not compulsory, it’s the simplest way to demonstrate that your rights in Italy are protected by the Withdrawal Agreement.

Citizens’ rights groups urged UK nationals to get the card earlier this year after many Brits reported problems trying to access services or complete paperwork in Italy before they were able to obtain the card.

But new data suggests most of Italy’s British residents are yet to apply.

So far, around a third of Italy’s estimated 32,000 British residents have applied for the ‘carta di soggiorno’ according to new EU data.

The EU’s fifth joint report on the implementation of residency rights under part 2 of the Withdrawal Agreement brings together data from all EU member states – and the UK – on post-Brexit residency applications.

As of September 21st there had been 11,000 applications for the new document in Italy.

Of those, 9,700 had already been approved, the figures showed.

No data was available on whether any applications had been turned down; in theory, there’s no scope for applications to be refused as long as you were already legally resident before the final Brexit date.

While some countries such as France have set cut-off dates for applications for new residency cards, the Italian government hasn’t given a deadline for getting the carta di soggiorno.

How do I apply and what should I do if I have problems?

Applying for the card involves making an appointment with your local police immigration office, or questura, paying an administrative fee at a post office, then going to the questura in person with proof of payment and evidence that you were resident in Italy before the Brexit deadline.

While some people report that the application process was smooth and efficient, others are still waiting either for their card or for an initial appointment at the Questura ten months after first being told to apply for the document.

Find the British Embassy’s guide to applying for the carta di soggiorno here.

Only UK nationals who were resident in Italy by December 31st 2020 are eligible for the new card. Brits who move after that date will need a visa (find out the new requirements here) and a residency permit (attestazione or permesso di soggiorno). Unlike the new Brexit ‘carta di soggiorno‘, this permit is a legal requirement.

If you need extra help with your application, support is available from the International Organisation for Migration (IOM): email [email protected] or call 800 684 884.

The IOM will continue to offer assistance with applications throughout 2021: find more information on their Facebook page.

Anyone who faces difficulties in accessing services in Italy without a card is advised to contact the British Embassy via their Living in Italy website.

For more on residency, healthcare, driving and travel after Brexit, head to our Brexit section.

BREXIT
Driving licences: Are the UK and Italy any closer to reaching an agreement?
Url copied to clipboard!