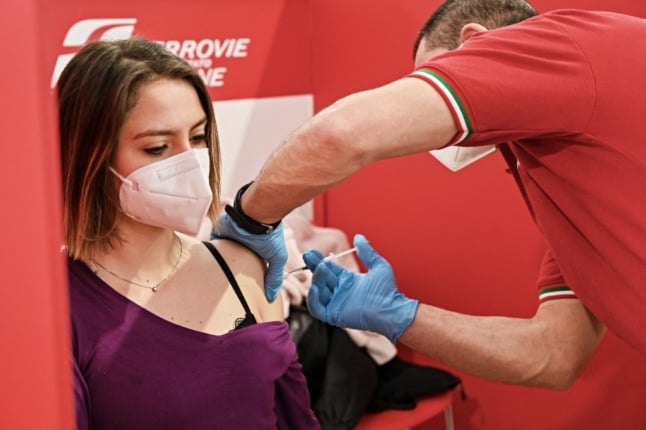 Fourth doses of Covid-19 vaccines are not planned in Italy according to the head of the national medicines agency. Photo: Photo: ANDREAS SOLARO/AFP

“There won’t be a fourth dose, but a follow-up, hopefully annually,” AIFA director Nicola Magrini said in an interview broadcast on the RaiTre television channel.

“We will have to get used to this,” he added.

Magrini added that Novavax will be available in Italy from the end of January.

“It’s a protein vaccine, like the flu vaccines,” he said. “It will be a small supplement compared to the other mRna vaccines. Some seem to prefer it, so Novavax will soon be an option.”

READ ALSO: Reader question: Do I need to update my Italian green pass after a booster shot?

The statement came after the Italian government last week confirmed that its health passes would remain valid indefinitely after one booster dose of a Covid-19 vaccine.

Few countries have reached the stage of distributing second booster shots, and the European Medicines Agency (EMA) has expressed doubt about the need to do so.

“While use of additional boosters can be part of contingency plans, repeated vaccinations within short intervals would not represent a sustainable long-term strategy,” EMA Head of Vaccines Strategy Marco Cavaleri told a press conference in January.

He said a policy of giving boosters every four months hypothetically poses the risk of overloading people’s immune systems and leading to fatigue in the population, Reuters reported.

On Wednesday, Denmark became the first European country to confirm that it will offer a fourth dose of a Covid-19 vaccine to people considered to be at risk of developing serious forms of the illness.

Chile and Israel are the only other nations to announce fourth shots so far. Both countries have already begun to administer fourth doses to at-risk and vulnerable groups.