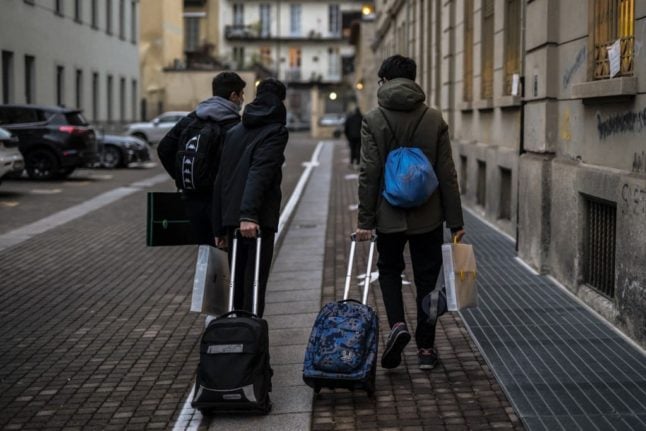 International families may find Italian schools are very different to those back home - but are they really worse? (Photo by Marco Bertorello / AFP)

A Finnish family who moved to Sicily triggered an online debate in Italy after writing an open letter to a local newspaper saying they left the island for Spain after just two months due to the standard of the schools.

In the letter, Elin Mattsson, a painter and mother of four from Finland, slammed the “poor” Italian education system and described a catalogue of issues from out-of-control classrooms and a lack of outdoor time to English teachers with a less-than-stellar command of the English language.

READ ALSO: ‘Not worth it’: Why one Finnish family left Italy over ‘poor’ schools

Online reactions to the letter ranged from some Italian parents agreeing that standards were inadequate, to international parents criticising the family’s decision to move to Sicily – a region with relatively few financial resources known to rank badly for educational attainment levels compared to many other parts of the country.

While schools vary around Italy, statistics show that educational standards in the country overall are consistently below the EU average.

But is it fair to say Italian schools are ‘poor’? Does the Italian system have any good points that perhaps aren’t reflected in statistics? Were the family just particularly unlucky – or do you agree that there are serious issues which must be addressed?

If your children have attended public schools in Italy, or if you have direct experience of working within the Italian public school system, please take the time to let us know your thoughts on this issue by completing our short survey. Answers may be used in a future article.