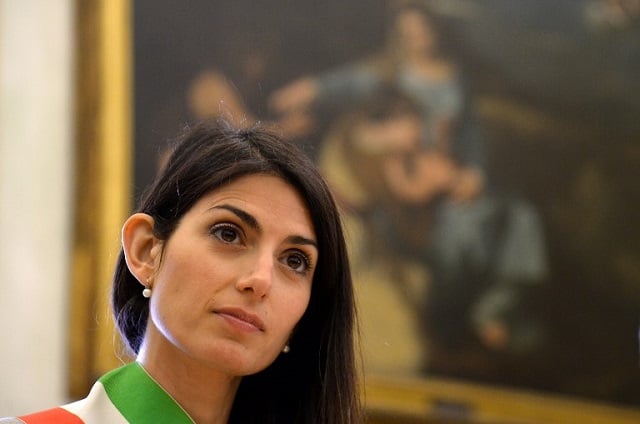 Rome's city council unanimously approved a motion which ruled that even non-vaccinated children had a right to state education. This directly contradicts a government decree passed in May 2017 which made several vaccinations compulsory for children starting at state schools, and states that unvaccinated children under the age of six should not be allowed to attend state education.

Vaccines against meningitis and measles, cases of which rose almost six-fold last year, were among those made obligatory for the first time.

But in a letter sent by Raggi to Italy's ministers for health and education, she said that the lack of vaccination should not mean children lose their right to state education.

She also pointed out that while the law requires unvaccinated children to be removed from nursery school (for ages 0-6), this is not the case for children of primary school age, whose parents have to pay a fine. This punishment, Raggi argued, implies that “infection is not the main concern”.

Raggi's party, the Five Star Movement (M5S), has a majority in the city council and the party, along with the far-right Northern League, has included a plan to scrap the compulsory vaccine law altogether in its election campaign.

Health Minister Beatrice Lorenzin responded on Friday morning in a video posted to Facebook in which she said: “You can't joke with our children's lives. The vaccine decree was created to protect those children too small to be vaccinated and those suffering from diseases which mean they cannot be vaccinated.”

Lorenzin added that both the Italian Council of State and Constitutional Court had overruled an earlier motion from the Veneto region which challenged the vaccine law, and said: “I do not want municipal authorities led by anti-vaxxers to bring forward positions which are very dangerous for public health.”

Speaking to Repubblica, the minister further said that it should be down “the law and the scientific community” to decide on the necessity of vaccines, rather than mayors or local authorities.

A growing anti-vaccine movement across Italy is thought to be one of the causes in the recent drastic rise in measles cases, and it has become highly politicized in the run-up to the March 4th general election.

The M5S has also been heavily criticized for its role in raising doubts over the efficacy of vaccinations. A law proposal put forward by the party in 2014 called for “better information and possible denial of administering vaccinations” and cited the debunked studies.

READ ALSO: These are the key promises Italy's politicians have made to voters