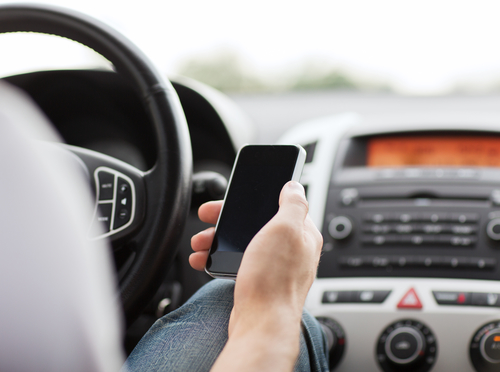 Speaking with Il Mattino, Toninelli said that deaths caused by drivers distracted by their phones is “a very serious phenomenon” involving “the mistaken idea that basically some things can happen only to others.”

“This tragically underestimates the risks involved,” he concluded.

The minister, who had already tabled the idea of introducing tougher penalties for phone-related traffic offences at a senate hearing on July 31, added that sanctions alone were not enough and that a campaign of cultural sensitisation to the dangers of texting while driving, particularly among youth, was also necessary.

A new report released by Italy’s National Institute for Statistics (ISTAT) on July 23 found that drivers becoming distracted on the road was one of the three main causes of road accidents in 2017, along with speeding and traffic light and stop sign violations.

The current penalty for driving while using a mobile phone is a fine of between 161 and 646 euros and a loss of 5 license points, with a license suspension of between one and three months for those who repeat the offence within two years, according to Corriere della Sera.

But the penalties are often dismissed in court due to lack of evidence, which has led to a rise in investigators seizing drivers’ electronic devices after serious accidents in order to determine whether they were caused by phone-related distractions.

Police are currently investigating whether illicit cell phone use was involved in a major accident which took place outside Bologna last Monday, where a tanker truck collided with a lorry on a motorway, killing the driver and injuring 145 others.