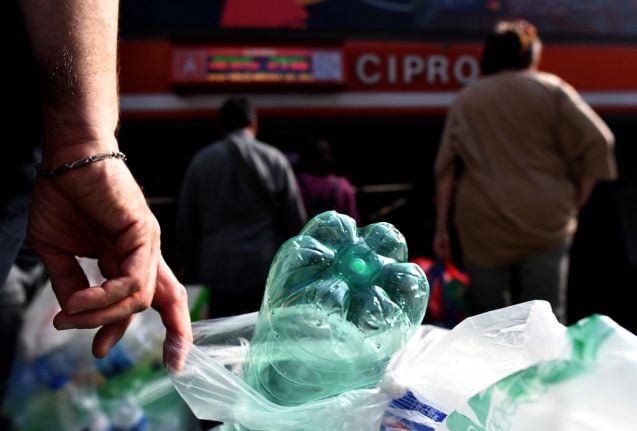 The plastic tax had been included in Italy's 2020 Budget Law.

But last month, the region of Emilia-Romagna, where most plastic producing companies are located, asked the government to delay the tax, due to new economic pressures from the coronavirus crisis.

“Of course, the moratorium will not stop the search for innovative solutions and the design for the reconversion of production already started,” Colla wrote.

After pressure from plastic manufacturers last year, Italy's government halved its planned tax on plastics while excluding products that contain recycled and biodegradable plastic from the levy.

Companies will be taxed 50 cents per kilogram of plastic product instead of one euro. All medical devices and containers will be exempt.

The tax had been pushed by the Five Star Movement, which governs Italy in a coalition with the centre-left Democratic Party, and which has long made the environment a central campaign issue.

But businesses complained that the tax would mean lost jobs for Italy, the second biggest producer of plastic products after Germany.