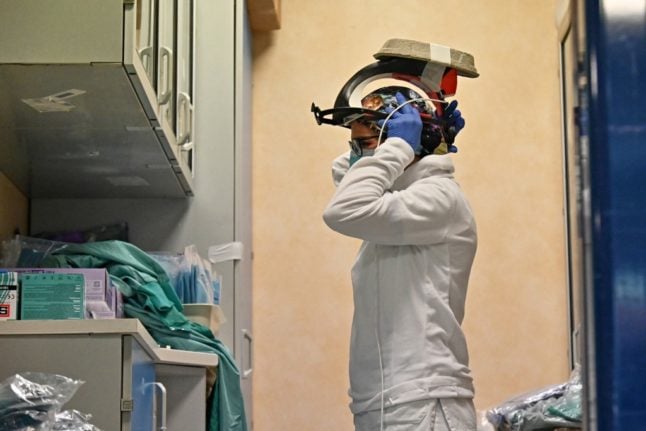 The rising infection rate over the past four weeks is in large part due to more infectious variants, Italian health authorities have warned.

Weekly infections rose by a third to more than 123,000 cases between February 24th and March 2nd – the highest since early December.

As of March 9th, there have been over 3.1 million confirmed cases in Italy.

However not all parts of the country are badly affected at the moment. New coronavirus cases by region within the past 24 hours, as of Wednesday March 10th. Map: Antonio Caramia

Analysis of official data on Tuesday showed that the sharpest increases over the past week occurred in Emilia Romagna, Friuli Venezia Giulia and Trento. In the same time frame, Sardinia has the lowest amount of new infections, followed by Calabria.

In the past 24 hours, Covid-19 figures in Emilia Romagna, Friuli Venezia Giulia and Campania are rising the most with Valle d’Aosta followed by Calabria showing the least amount of new cases.

The graph below shows the relationship between cases per 100,000 inhabitants and the percentage increase in cases. Italy’s regions, provinces and towns are under varying levels of restrictions at the moment depending on the local contagion rate.

Tighter restrictions were put in place on Monday in Campania, which includes Naples, which joined Basilicata and Molise in the list of “red” regions under lockdown.

Lockdowns have also been enforced at more local level in dozens of provinces and cities – leading to the closure of bars, restaurants, most shops, and of all schools including nurseries.

As hospital intensive care units are again coming under pressure, the government is now considering increased nationwide restrictions, from extending the current evening curfew to a national lockdown, according to media reports.

According to Italy’s higher Health Institute (ISS), at least 54% of all cases in Italy are now caused by the so-called British variant.

This variant is able to spread 35-40% faster than the original strain, the ISS said.

Italy’s vaccine programme has made slow progress so far, although the government last week announced a plan to speed up vaccinations significantly between March and June.

You can follow all of The Local’s latest updates on the coronavirus situation in Italy here.