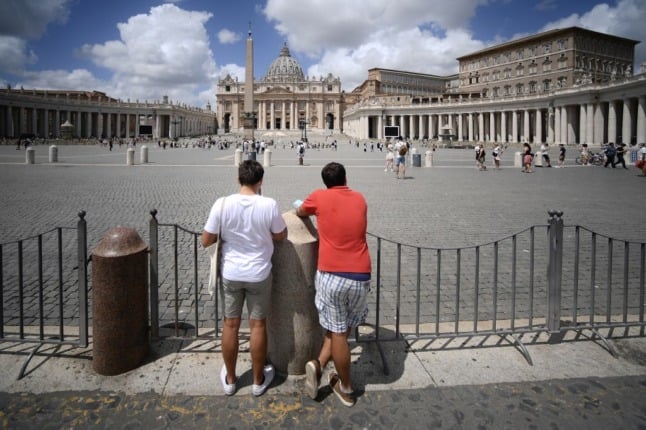 in France, from August,anyone wanting to go out to eat or drink, take a long-distance train, go to the cinema or visit a shopping centre will need to show either proof of vaccination or a negative test with the so-called pass sanitaire (health passport).

As the Italian government is this week discussing expanding its own version of the health pass – the ‘certificazione verde’ (green certificate) or simply ‘green pass’ – reactions to the idea are mixed..

Italian health authorities are considering the expansion of the document in response to the growing rate of coronavirus infections, as the Delta variant increases throughout the country.

If the plans are confirmed, people in Italy would need to show proof of full vaccination, testing or recovery to access more cultural and leisure venue, potentially including indoor restaurants and gyms.

According to a survey conducted by market research company SWG, one in two Italians (49 percent) say they are in favour of the green pass being expanded with immediate effect.

However, one in five (21 percent) are for the introduction of the green pass “only if the number of contagions should increase a lot”.

Less than one in five (19 percent) of Italians are against it believing that “it would be a bad decision in any case”.

The study, which was conducted on 800 people in Italy over 18-years old, found that 70 percent of Italians are in favour of extending the green pass to restaurants, bars, trains and indoor venues in general, as well as travelling abroad.

Italian media have also been analysing reactions to the potential expanded health certificate and findings show the green pass is being hotly discussed.

In the week from July 13th to July 20th, there were almost 140,000 mentions of the green pass online, according to analysis by news agency Ansa and DigitalMediaHub.

They were created by more than 16,000 unique authors, whose content involved likes, reactions, comments and shares from more than 1.5 million people. This volume of conversations generated a potential reach (“opportunity to be seen”) of 557.6 billion impressions.

In reality, Ansa estimates that the actual reach was 2.7 billion impressions. Men are talking about it most, making up 62 percent of the total, as well as those between 18 and 34 years of age. The polling company concede this is influenced by the higher tendency of young people to use social media.

The hashtags most frequently used in online conversations on the subject were #GreenPassObbligatorio (#GreenpassMandatory) on the one hand and #NoGreenpass on the other.

The study highlights one tweet in particular by an Italian in Berlin who had to show a green pass to enter a nightclub.

“Am I still alive? Yes. Has my freedom been violated? No. Did aliens take me? No. Is this right? Yes. Is this just common sense? Yes.” the Tweet reads.

Other surveys paint a similar picture of the reactions to the green pass.

A study carried out by the Piepoli Institute for Italian news site Il Foglio found that 73 percent of Italians are in favour of the green pass – a figure very close to that of the SWG research.

Almost half (42 percent) of those interviewed said they were “very favourable” to the extended green pass while almost a third (31 percent) were “fairly favourable”.

The remaining respondents are divided into those who were either not very (10 percent) or not at all (16 percent) in favour of the measure.

Only 1 percent had no opinion on the matter.

“The Macron model is gaining widespread support among Italians, who think it is the only way to save a summer increasingly at risk from the variants,” says Piepoli Institute vice-president Livio Gigliuto.

“But the opponents are very determined and convincing them seems difficult,” he added.

Meanwhile, a poll of The Local’s readers gave similar results – just over half were in favour of the idea, around a third were against it, with the rest undecided.

🇮🇹 If you live in Italy, do you agree with the Italian government’s plan to introduce ‘French-style’ green pass requirements at cultural and leisure venues and for domestic travel?

COVID-19 GREEN PASS
Where in Italy you still need to show the ‘super green pass’
Url copied to clipboard!