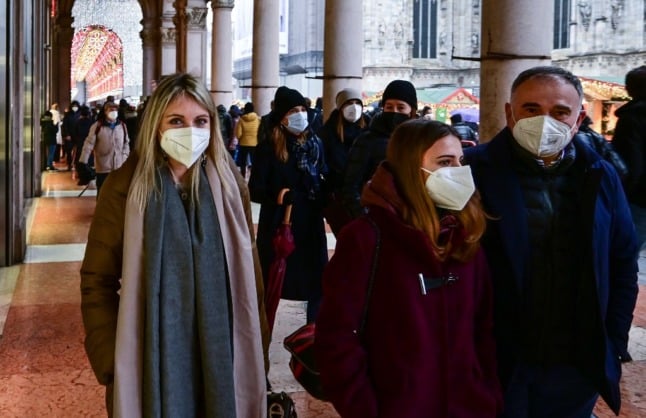 Italian Health Minister Roberto Speranza confirmed on Monday that “in the next few hours we’ll open a discussion” with regional authorities “to address issues” with the tiered system, according to national broadcaster Rai.

The president of Italy’s Higher Health Institute (ISS), Franco Locatelli, said: “The coloured system for the regions was developed by the health ministry in different times,” adding that a review was “logical”.

While no details were given by officials as to the changes being proposed on Monday morning, Rai writes that government may “consign the coloured system to the attic”, ie: scrap it altogether.

The system, which has been revised multiple times since it was first brought in, was initially used to place tighter restrictions on movement in areas where the risk of contagion and pressure on hospitals was deemed dangerously high.

But the system’s usefulness is increasingly being called into question amid increasing reliance on the use of vaccine passes in Italy and rule changes which mean restrictions in white and yellow zones are now the same, while rules only change in an orange zone for people who are unvaccinated.

With the government also expected to agree this week on new rules restricting access to more venues and services to the unvaccinated regardless of zone from February, the orange zone classification could also soon become obsolete.

Starting next month, either the ‘super’ green pass – which is effectively a vaccine pass – or the ‘basic’ version, which can also be accessed using a negative test result, will be a requirement everywhere in Italy except for supermarkets, grocery stores, hospitals and pharmacies, Rai reports.

The government is yet to decide whether it will require passes for entry to shops such as newsagents and tobacconists, with a decision expected by the middle of this week.

For the moment, the coloured tier system remains in place with most of the country designated a ‘yellow’ zone as of Monday.

On Friday, the health minister signed an ordinance increasing the risk level in two regions from Monday, January 17th.

Valle d’Aosta became Italy’s only ‘orange’ zone and Calabria turned ‘yellow’, as the health situation was deemed to be worsening according to the latest weekly health data report published by the health ministry and ISS.

Italy’s health ministry examines the latest figures each week and decides which restrictions should be applied to a region or autonomous province from the following Monday.

“The epidemic is at a delicate stage and a persistent increase in the number of cases and hospitalisations has been observed for several weeks now,” the report stated.

Scientific experts predict that the current wave of contagions sweeping Italy is likely to hit its ‘peak’ in Italy by the end of this week – but have warned that daily case numbers may rise further before this happens.