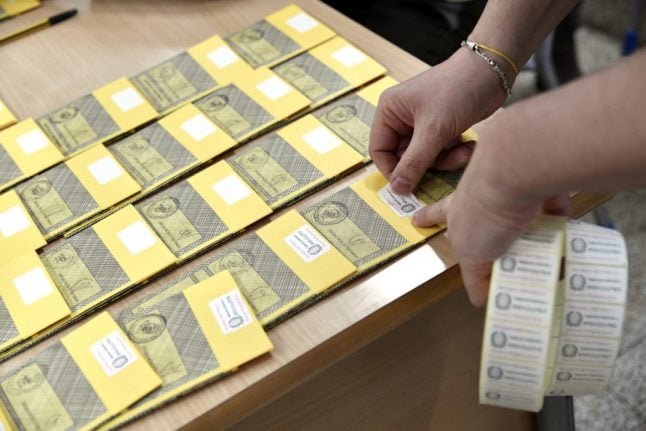 Local railway strike – Staff from Trenitalia Tper, the company operating train services between Emilia-Romagna and other northern regions, will take part in a 23-hour strike between Sunday, September 18th and Monday, September 19th.

The strike action will start at 3.31am on Sunday and end at 2.30am on Monday, thus supposedly affecting travel for just two and half hours on the first day of the week (between midnight and 2.30).

However, Trenitalia Tper announced that the strike “might cause disruption to regular services before its start and after its conclusion”, meaning some disruption is possible on Monday morning.

They added that delays and cancellations might not be limited to Emilia-Romagna but affect “surrounding regions” as well.

By law, all Italian railway companies must guarantee a minimum number of essential services during strike actions. Guaranteed train services for Emilia-Romagna are available here. 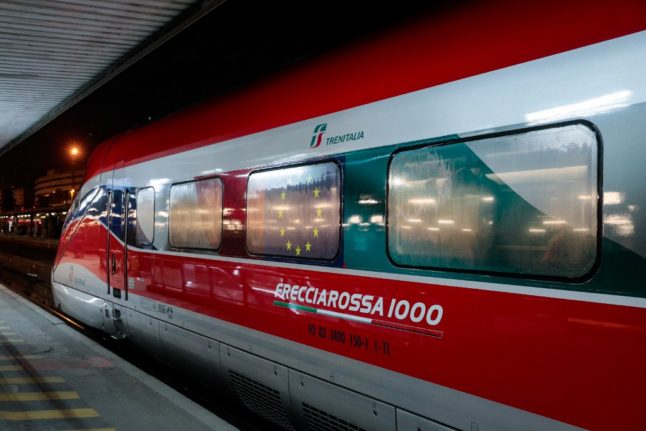 Second aid package – The second government aid package – the decreto aiuti bis – is expected to be made into law on Tuesday, September 20th, when the Senate will be asked to put the final seal of approval on the bill.

The decreto had been drafted in early August, but its journey through the Italian parliament was delayed by parties’ disagreements over measures including the new superbonus measures and a much-discussed salary cap for civil service managers.

While the decreto bis approaches its final legislative destination, after which it will officially become law, the prime minister on Friday announced a third aid package (decreto aiuti ter) is on the way, and is set to include a further extension of the ‘bonus sociale’ (a discount on utility bills for low-income families).

As always, the week-long festival will offer a plethora of fashion shows and exclusive insights into the spring/summer collections of some of the most famous international designers.

As it was the case last year, the event organiser, Camera della Moda, will live-broadcast most of the shows on their website to allow people from all over the world to follow their favourite festival moments. 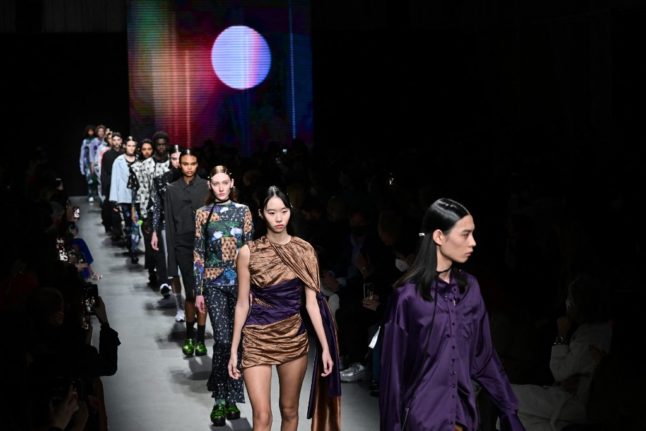 Bad weather – According to the latest weather forecasts, cold air fronts that moved in from eastern Europe last week are expected to sweep acrosss Italy on Wednesday, September 21st.

Southern regions, especially those facing the Adriatic, are expected to be hit by localised rainstorms, which, depending on the area, might turn out to be of medium or even high intensity.

Temperatures, experts say, should also return to season averages after the unusual heat of the past few days.

Prior to being destroyed by a catastrophic eruption of Mount Vesuvius in 79 AD, Pompeii was a thriving Roman city whose houses were famously decorated with beautiful frescoes and tempera paintings – many of these are still visible in today’s archaeological site. 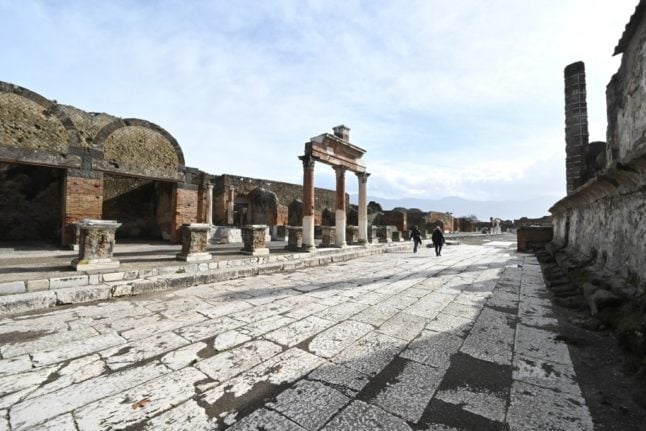 The second edition of the Pompeii Street Festival will start on Thursday, September 22nd. Photo by Andreas SOLARO / AFP

The upcoming festival will celebrate Pompeii’s ancient ‘street art’ with a series of events ranging from art to cinema to photography.

The festival, whose first edition was held back in 2005, will once again offer screenings, conferences and performances ranging from mainstream to art-house cinema.

Polling stations across the country will open at 7am and shut at 11pm, with counting expected to start immediately after.

Though foreign EU nationals who legally reside in Italy can register to vote in municipal and European parliamentary elections, only Italian citizens can vote in the country’s general elections.

All voters living in Italy cast their ballots in the town in which they are registered to vote, i.e. their comune, and at the specific polling station assigned to them. 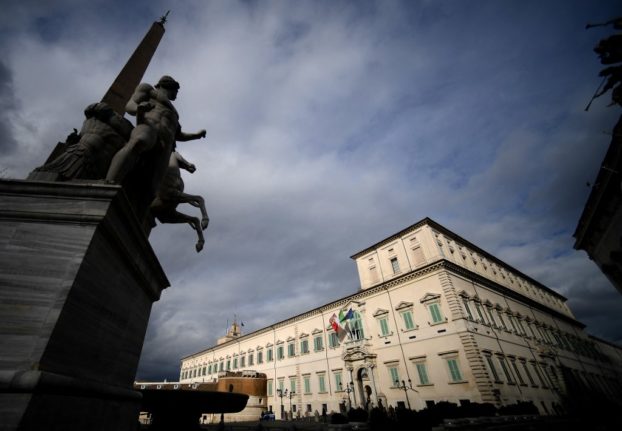 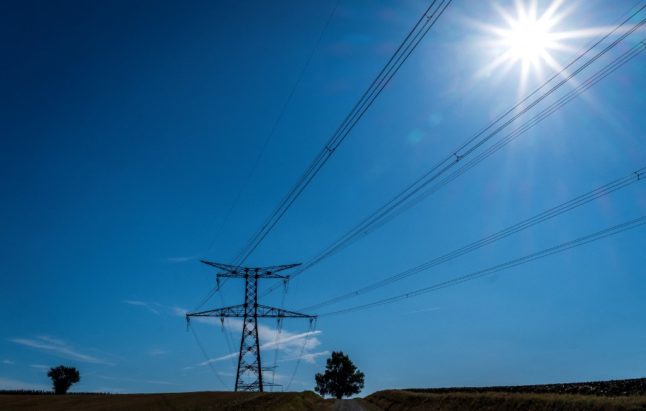 Airport strikes – Limited disruption is expected at Italian airports on Monday, as unionised ground staff hold a 24-hour strike to demand an increase in wages and improved work contracts.

Italy’s ITA Airways said it had cancelled several domestic flights departing from airports in Bologna, Rome, Florence and Venice in advance of the strike action, and warned that other scheduled flights may be subject to changes.

All passengers flying on Monday are advices to contact their airlines and check online flight schedules for real-time updates.

Back to school – The majority of Italy’s schools reopen this Monday or Wednesday after a summer break lasting around three months. That’s except for schools in Sicily and Valle d’Aosta, which don’t go back until the 19th.

Return dates vary by region. The first classes restarted last week in the northern autonomous province of Bolzano, and in Trentino Alto Adige for kindergarten.

Many parents will be busy picking up the last of the required school supplies, the price of which has increased again this year. 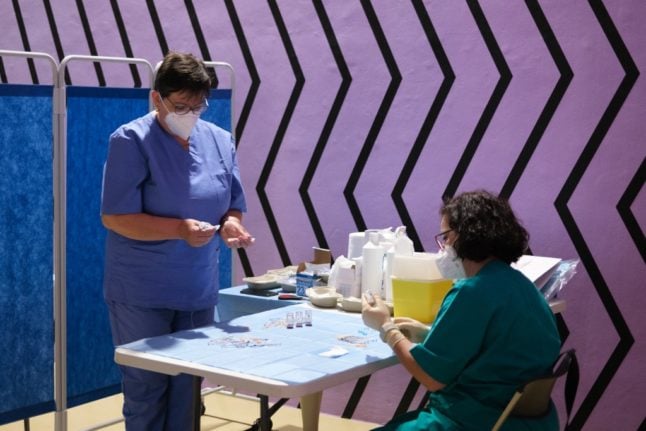 The new dual-strain vaccines will be offered first to at-risk patients, including people aged over 60 and care home residents. Photo by Marco BERTORELLO / AFP

The dates again vary by region; some areas have already opened bookings, while others may begin a little later.

The new jabs will be offered to priority groups first, authorities said, as the first deliveries of updated vaccines arrived in the country last week.

Booster shots will not be mandatory and no plans to bring back the Covid ‘green pass’ (or any other measures) are currently being discussed.

For information on availability and reservation in your region, see Italy’s official vaccination booking website.

Energy decree update – Since the end of August the government has reportedly been preparing new financial aid measures intended to offset rising energy prices and the cost of living.

But there has been no sign of the decree so far and disagreements between political parties led to a postponement on September 7th.

The long-awaited extension to the financial aid decree is now expected this week instead after a debate in the Senate on Tuesday, September 13th.

EXPLAINED: How much are energy bills rising in Italy?

After this, we should know more about what sort of financial aid will be available, and therefore just how much utility costs could rise in Italy from the next energy price update at the start of October.

September heatwave – unusually warm mid-September weather is predicted to spread across parts of the centre and south of Italy from Wednesday and into Thursday.

Up to 35C is expected in parts of the south. Temperatures are also expected to be a few degrees above average in the centre-north, while the mix of hot and cool air currents is expected to mean scattered thunderstorms in northern Tuscany, towards Romagna and part of Marche, forecasts say.

A strong Scirocco wind is also expected to hit the western Tyrrhenian coast and the Strait of Sicily on Wednesday and Thursday – so if you live in this area, get your laundry inside unless you want it covered in Saharan sand.

One of the most important motorcycle events in the country, it’s an industrial showcase of new and custom motorcycles. There are motorbike parades, stunts and exhibitions, as well as plenty of live music and entertainment.

See more of the food and drink festivals happening across Italy in September here. 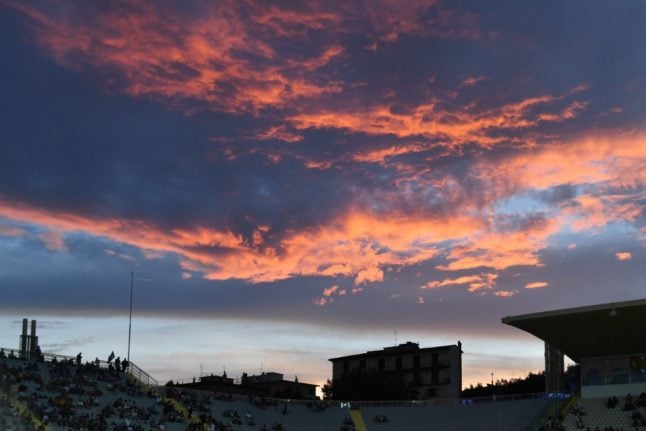 WHAT CHANGES IN ITALY
What changes about life in Italy in September 2022
Url copied to clipboard!