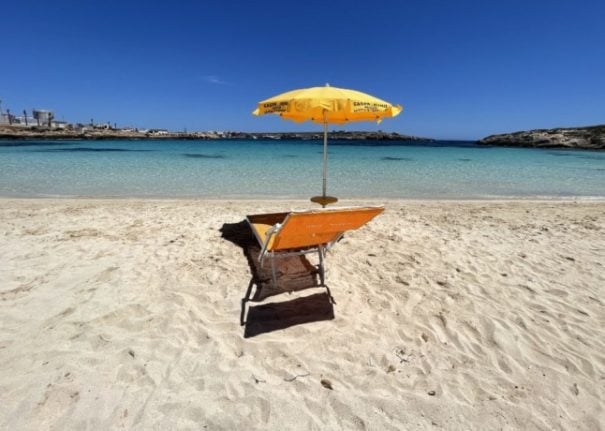 Italy introduced a so-called ‘green pass‘ to allow tourism to restart following Covid-19 restrictions, and will also be required to allow people to attend larger events such as wedding receptions from June.

READ ALSO: How to get Italy’s coronavirus immunity ‘green pass’ for travel

The document is currently in the form of a paper certificate proving that the holder has been vaccinated, has had Covid-19 and recovered, or has shown a negative test result within the previous 48 hours.

“However, the extension should be limited to those who have had the two doses of vaccine,” he told Rai Radio 1.

“It is clear that we have not seen a year of vaccinations, but it is very likely that protection is there,” Sileri said.

“But it should only be extended to those who have completed the vaccination cycle. It is true that the first dose gives immunity, but full, standardised immunity comes after the second dose,” he added.

Vaccinations accepted include Pfizer, Moderna and AstraZeneca or the one dose of the Johnson & Johnson vaccine.

Those who have been vaccinated should be issued a certificate proving their immunity. This is the document currently being used as the ‘green pass’ in Italy.

If you’ve previously had Covid-19 and recovered, you’ll need proof by getting a document certifying that from your local health authority (ASL) or doctor.

Testing centres can also issue paper certificates proving a negative test result, though these are valid only for 48 hours.

Pharmacies in Italy also offer rapid testing for around 20-30 euros, and you can get a rapid antigen test for free at train stations in 11 Italian cities – the results of these rapid tests can be used for the green pass.

For those travelling from outside of Italy, the Italian government has previously said that it would accept equivalent documents issued in EU countries.

Anyone not falling into these categories can get the certificate by testing negative for Covid-19, which must be carried out within 48 hours of travel.

Sileri has called for simplification of the process, saying, “If you’ve had the vaccine, in a few weeks you shouldn’t need the swab anymore.”

He also advocated postponing the second shot of a vaccine if the appointment falls while a traveller is on holiday.

If this is not possible, “vaccination hubs can be organised in holiday resorts”, although this is not confirmed, and Sileri conceded “it will be a question of putting all this in place and matching needs with reality”.

The undersecretary’s comments came after Italy announced it would be relaxing its nationwide coronavirus measures, extending the nightly curfew and dropping six regions into the lowest-risk white zone classification.

Beaches officially opened at the weekend, and tourists from the EU, Britain and Israel were allowed entry into the country on Sunday without the need to quarantine for five days.

Meanwhile for travellers from the US, Italy is once again open to tourists – but only to those arriving on Covid-tested flights.

Stay up to date with Italy’s travel rules by checking The Local’s travel section and checking the Italian Health Ministry’s website (in English).