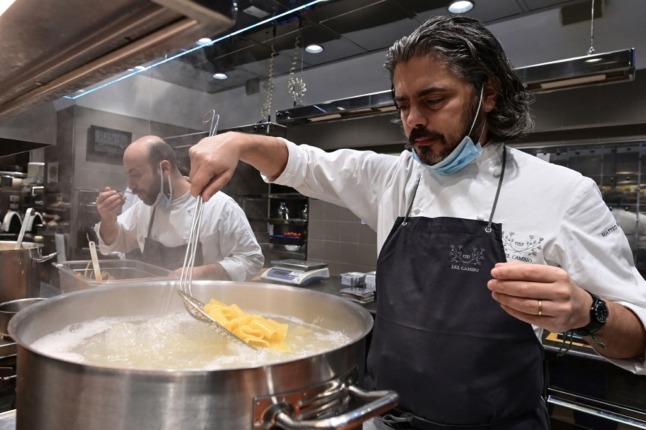 The cost of pasta could rise in Italy - and it's due to more than the ongoing Ukraine crisis. (Photo by Miguel MEDINA / AFP)

Buying pasta in Italy – and biscuits or bread for that matter – could soon hit people’s wallets harder, as rising energy bills compound the effects already felt from the Ukraine crisis.

Due to the impact of Russia’s invasion, prices soared over the past week for soft wheat (grano tenero), which is used for products like pastries, because Italy relies on significant quantities of imports from Russia and Ukraine.

The first week of war in Ukraine led to a 13 percent increase in the cost of soft wheat worldwide, according to agricultural organisation Consorzi Agrari d’Italia (CAI).

On the other hand, durum wheat (grano duro), which is used for pasta, has so far seen more price stability because the percentage of Italy’s imports is lower than that of soft wheat.

But this could soon change due to a spike in energy and raw material costs – at least in the short term. Here’s how Italian staples could soon cost more, again.

Italy imports a lot of wheat

Russia and Ukraine are important exporters of wheat to Italy. They both are on a global scale too: Russia is the world’s top exporter and Ukraine the fourth according to estimates by the US Department of Agriculture (USDA).

When it comes to Italy’s beloved produce, pasta, durum wheat has so far been less affected than soft wheat.

That’s because Italy imports much more soft wheat from these two countries. 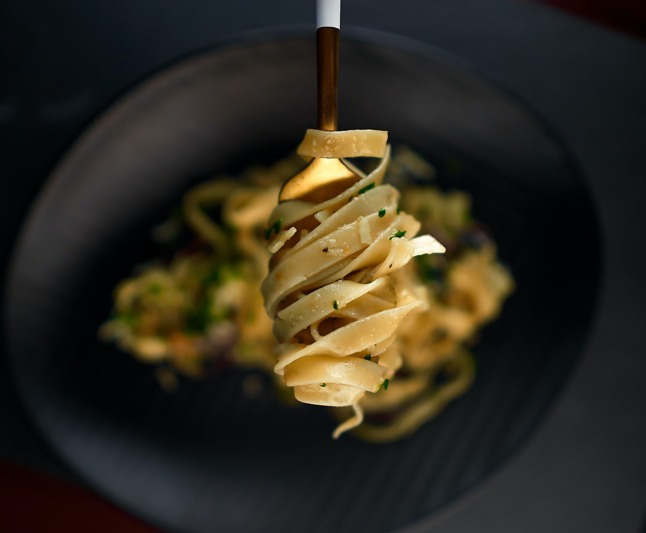 From January to November 2021, Italy imported 122,000 tons of soft wheat (zero of durum wheat) from Ukraine and 72,000 tons from Russia (51,000 of durum wheat), according to national statistics data (ISTAT) processed by agricultural research firm, Confagricoltura.

This means that the two countries account for about 5 percent of total Italian imports solely for soft wheat (2.5 percent for durum wheat).

But tensions between Russia and Ukraine could slow down shipments from Russia and block Ukrainian shipments from the Black Sea ports, according to agricultural body Coldiretti. The consequence is the risk of inflation on primary consumer goods.

While this means the war has impacted soft wheat in Italy already, the wheat that makes pasta hasn’t felt the repercussions as much due to its lower import quantity.

What could inflate the cost of those shaped pieces of wheat on our supermarket shelves is the packaging and transport costs. 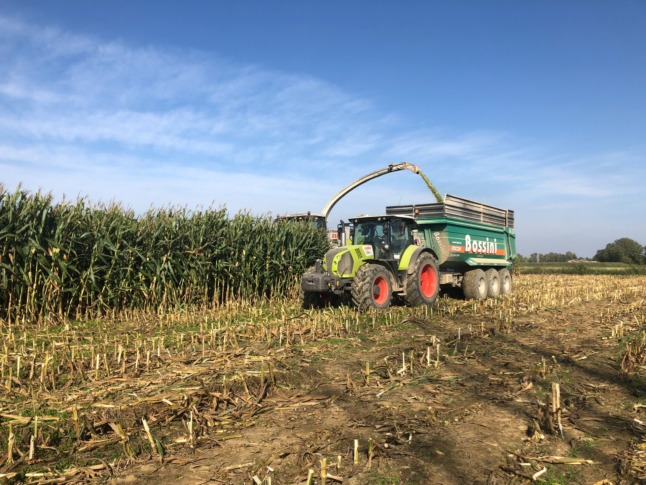 Italian farmers struggle to be self-sufficient, according to agricultural body Coldiretti. Photo by Gianluca Milanesi on Unsplash

CAI points out that the cost of wheat only accounts for 10 percent of the price of pasta or bread. Most of the cost is strongly affected by price increases in energy, fuel, packaging and transport.

It’s a situation “that is fuelling inflation in the more developed countries,” stated Coldiretti.

Italy is highly reliant on wheat and maize imports, as Coldiretti notes that it imports 64 percent of its wheat requirements for the production of bread and biscuits and 53 percent of the maize it needs to feed livestock.

Therefore, if the Russian war in Ukraine makes these food ingredients scarce or further raises the price, Italy may need to look to alternative countries, which could have further packaging and transport cost implications.

How will this affect the cost of pasta and bread as a consumer?

In Italy, pasta already increased by 12.5 percent in January and could cost 30 percent more than last year, according to data from consumer rights association Assoutenti.

The price of bread, which grew by 3.7 percent last month, could see increases of 10 percent, it added.

Outgoings in general are estimated as an extra €1,751 per year for the typical family based on February’s inflation in Italy, according to the organisation – a figure they say is due to get worse due to the conflict and surging energy prices.

Coldiretti noted that wheat prices jumped 5.7 percent on February 24th alone, immediately after Russia’s attack on Ukraine. That marks the highest value in nine years at $9.34 per bushel.

It also reported that the price of fresh bread on average had already increased in January by 3.8 percent compared to the same month last year.

READ ALSO: Cost of living: How does Italy compare to the rest of the world in 2022?

So before the Ukraine crisis, bread and pasta prices were increasing. As noted, energy costs were already pushing up the cost for shoppers. 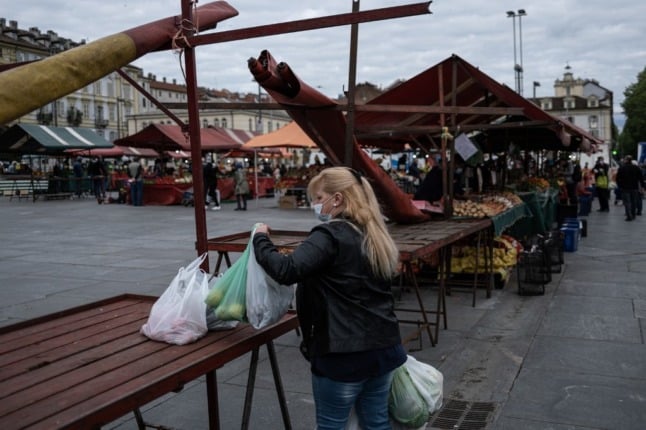 A woman carries shopping bags after purchasing food at the Market of Porta Palazzo in Turin. (Photo by MARCO BERTORELLO / AFP)

According to the national bread-making association, Assopanificatori-Fiesa Confesercenti, the price of wheat has increasingly been affected by the spike in energy and gas bills, which impacts on the operation of machines and ovens.

“The increase in energy costs added to those of grain and raw materials has become unsustainable for our bakery companies,” stated its president Davide Trombini.

The organisation noted that consumers have already been buying fewer wheat products as prices have risen.

CAI, on the other hand, believe that pasta and bread prices could soar to as much as 50 percent more. It stated that soft wheat quotations are “at unprecedented levels and the first consequences could soon fall on consumers and farmers”.

Why can Italy not grow more of its own wheat?

Instead of relying on imports, what’s stopping Italy from creating its own wheat produce to keep pasta and pastry prices down?

“Italy is forced to import agricultural raw materials because of the low fees paid to farmers,” stated Coldiretti.

One field of wheat out of five has reportedly disappeared in the last 10 years, with the loss of almost half a million hectares of cultivated land.

The agricultural organisation cites the preference to keep buying from the world market instead of ensuring supplies with national products.

Increasing fuel and equipment costs needed to work the land and the fact that durum wheat is cheaper imported from other countries are also given as reasons for why Italy doesn’t make more of its own pasta ingredient.

Speaking on the price rises due to the crisis in Ukraine and rising energy costs, the president of Coldiretti Ettore Prandini said Italy “is heavily in deficit in some sectors and needs a plan to enhance production and storage for the main commodities.”

He stressed that Italy does have the resources to become self-sufficient in wheat production, as long as conditions improve for Italian farmers.