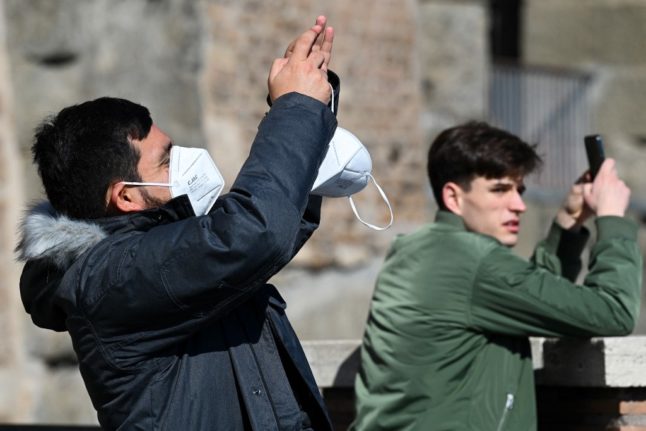 As Italy’s government prepares to release a long-awaited decree detailing its plan for easing Covid-19 health measures in the coming weeks and months, many are now questioning whether it is wise to end restrictions now given the recent rise in the infection rate.

The Italian government originally announced the plans to further ease health measures more than five weeks ago, in early February, as the country’s health situation continued to improve and ministers began to relax some initial measures, including the requirement to wear masks at all times outdoors.

But on Friday, March 12th, Italy’s health ministry and Higher Health Institute (ISS) confirmed that there had been an “inversion in the trend of the Covid-19 curve in Italy”, as the latest data showed a sharp rise in the infection rate.

Italian health experts this week said the trend would not necessarily continue, and stressed that it was too soon to know whether this was just a temporary setback or the start of a new wave of contagion.

The picture should be clearer once the next set of health data arrives on Thursday – which ministers will no doubt be planning to review before making a final decision on the timeline.

It’s not known whether the worsening of the health situation will have any impact on the government’s plan to scrap rules including the green pass requirement to the indoor mask mandate.

The incoming decree was initially expected to be finalised on Wednesday. That has now shifted to Thursday instead.

The government hasn’t indicated that it is planning to change course based on the new health data.

But nor has it given much indication of what it planned to include in the decree – meaning it would be impossible to know if there have been any changes unless they’re dramatic.

On February 23rd, Prime Minister Mario Draghi confirmed the end of the country’s state of emergency from March 31st and said ‘super green pass’ rules would be lifted “gradually” from April.

But no further details have yet been given about which rules will be relaxed, or when.

Regional governments are pushing for all restrictions, including the requirement to wear masks indoors, to be dropped by Easter – in time for the start of the summer tourism season.

With no draft decree text available, timeline predictions made by Italian media this week seem to be based almost entirely on one vague statement made by a junior minister on the radio last Thursday.

Green passes will no longer be required “for outdoor bars and restaurants for example”, deputy health minister Andrea Costa told Radio Anch’io, adding that “by summer there will be no more restrictions.”

Otherwise, the government has been very quiet about the expected contents of the new decree.

Italy is of course not the only country that is seeing an uptick in cases, Germany, Austria, the UK, Belgium and France have all reported rises in recent days.

Despite rising infection rates around the continent, other countries are forging ahead with the end of restrictions. In France, for example, masks and health passes are no longer required in almost all indoor venues as of March 14th, while Germany is set to relax almost all measures on March 20th.

But, rather than announcing its own version of a ‘freedom day’ on which most rules would end, Italy is planning to relax rules more gradually over a number of weeks between April and June.

While some politicians, most notably Matteo Renzi, leader of the Italia Viva party which is part of the government coalition, have pushed for Italy to drop all rules on the use of masks and green passes immediately, health experts have warned against the idea.

Overall, Italy has taken a relatively cautious line on handling the pandemic, both under Draghi’s government and Giuseppe Conte’s before it. Ministers have largely followed the advice of health experts on the government’s technical-scientific advisory panel (CTS), set up at the start of the pandemic to guide public health decision-making, and the country has long been quicker to implement restrictions and slower to ease them than many of its neighbours.

Health Minister Roberto Speranza on Wednesday said Italy’s vaccination rate is “among the highest in the world”, telling parliament that “91 percent of those over 12 have had their first dose”.

While Italy’s government looks sure to announce the easing of measures by the end of this week, the speed at which it will do so over the coming months could depend on the findings of the latest health data report.

A confirmed worsening of the health situation may well prompt the government to delay the end of certain restrictions. As we’ve seen many times before during the pandemic, nothing is guaranteed.

The Local will publish updates on the incoming rule changes once more information becomes available. See the latest news here.