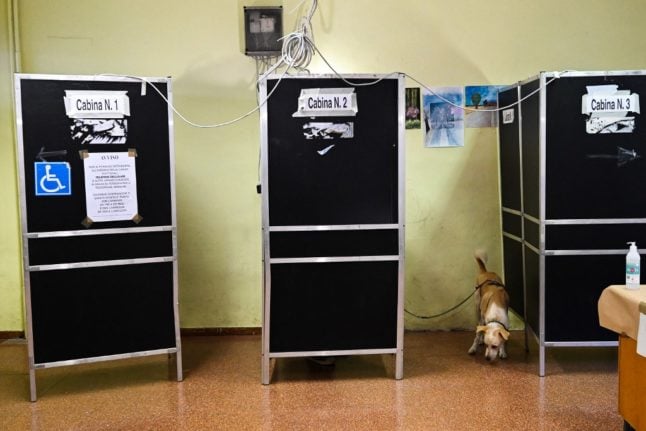 Why is this election happening again?

Basically because outgoing PM Mario Draghi’s coalition government collapsed in July after three key components, including the League and Forza Italia, snubbed a confidence vote. That brought about the early election, which is on Sunday September 25th

Now if you want to be reminded why the government collapsed and why it was no surprised to seasoned observers of Italian politics then you can read our article on the subject HERE.

One thing to remember about Italy is that governments collapse regularly and so elections are fairly frequent.

The country has had 14 prime ministers and 19 different governments in the last 30 years. That’s a new prime minister almost every two years on average and a new government every 18 months.

So here we are again.

So how does this election work?

All polling stations will open at 7am and close at 11pm on Sunday, September 25th. See a guide to what happens on the big day here.

This election will work a little differently as changes kick in after a constitutional referendum held in 2020.

Italy’s parliament is made up of two houses holding equal powers: the Chamber of Deputies and the Senate. Under the current electoral law, Italians get two votes, one for each house.

In total, 37 percent of the seats in each house are allocated via the first-past-the-post system (directly elected), with the remaining 64 percent being allocated proportionally (indirectly elected based on the performance of their parties).

When will we know the results?

Polling stations will officially close at 11pm on Sunday, September 25th, with the count to start immediately after.

News media will start releasing the first exit polls as soon as polling stations shut their doors. Though generally fairly accurate, polls should not be relied upon blindly – see the 2013 exit poll debacle, for example.

The first official projections based on live results, should come in at around 2am on Monday, September 26th.

TIMELINE: What happens on election day and when do we get the results?

Barring a neck and neck contest, an accurate overview of the election’s results should be available by the early hours of Monday morning.

Though the winners are usually known and declared long before then, counting operations, including any potential recounts, will likely officially end only towards the end of the week. 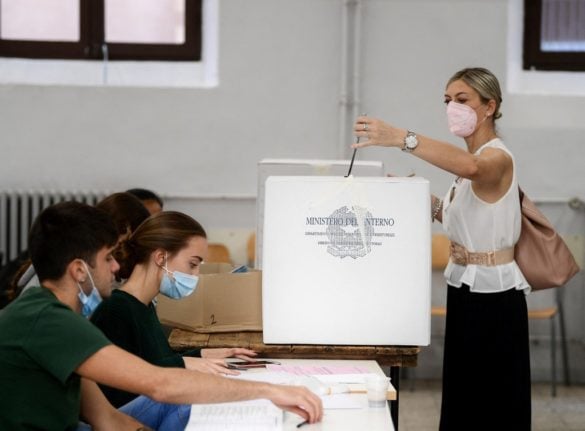 Polling stations will open as early as 7am on Sunday, September 25th. Photo by Filippo MONTEFORTE / AFP

And what happens after the votes are counted?

Once all the lower and upper house seats are allocated through the system described above, the head of state – in this case President Sergio Mattarella – starts consultations to choose the new prime minister and their council.

Finally, the head of state assigns the role of prime minister to the political figure who enjoys the support of the winning parties and is thought to be able to receive the parliament’s vote of confidence. The remaining ministers are named immediately after.

Who are the main parties in this election?

But this time around, there are only a few parties you really need to know about.

The next government is at least likely to be on the less complicated side, with a coalition of ‘only’ three right-wing parties – Giorgia Meloni’s Brothers of Italy, Matteo Salvini’s League and Forza Italia, led by former premier Silvio Berlusconi –  expected to win the vote by a landslide and be given the opportunity to form the next government.

Other parties, including the centre-left Democratic Party (PD) led by Enrico Letta and the anti-establishment Five Star Movement (M5S), are significantly behind the far-right bloc in the polls.

Find our complete guide to who’s who in the Italian elections here.

Who can vote in the Italian election?

Only Italian citizens over the age of 18 are eligible to vote in the upcoming elections.

Foreign EU nationals who legally reside in Italy can register to vote in municipal and European parliamentary elections, but national elections are reserved for Italian citizens only.

Remember: you don’t need to be resident in Italy to vote. Italian citizens living abroad can register to vote via post. Find further information on how to vote from abroad here.

If you’re eligible to vote in Italy’s elections, see the ballot paper and how to fill it out here (it can be a bit tricky, especially if you’ve never voted in Italy before).

Assuming the right-wing coalition wins as predicted, the shape of the next government will depend mainly on two things: how large a share of the vote each party in the coalition gets, and how large a majority the coalition has overall.

If as expected Meloni’s Brothers of Italy party takes the largest share of votes overall, at around 24 percent, this puts Meloni on course to become prime minister.

Her coalition partner, Matteo Salvini, reportedly has his sights set on his old job as interior minister, meaning his anti-immigration League party (polling at 12 percent) would have the most influence over policy affecting foreigners in Italy. 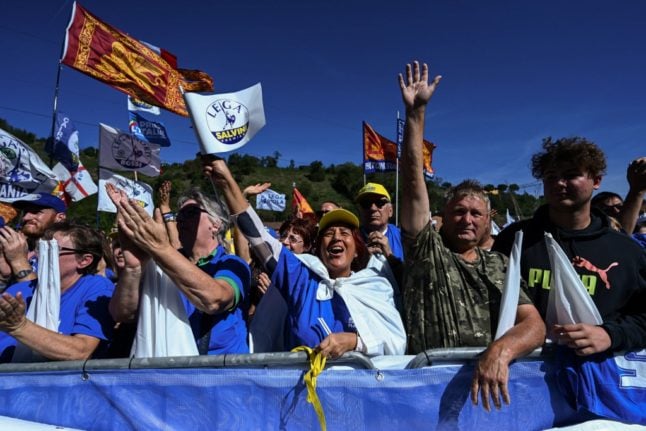 League party supporters at a rally on September 18, 2022. Photo by Piero CRUCIATTI / AFP

There’s also a chance that the coalition could win a large enough share of the vote to form a government with an unprecedented ‘super majority’ – leave it free to make sweeping changes, including to the country’s constitution, without holding a referendum.

Whatever the outcome, there won’t be a new government in place for 25 days after the election at the very least.

Are there any other articles you recommend I read before the election?

As we mentioned earlier, elections in Italy are common because governments don’t last long. But this election on Sunday promises to be different in many ways.

Here’s a quick look at some of the most noteworthy things we’ll likely see at, or after, the coming election.

Italian politics can be hard to understand at the best of times, but knowing some key vocabulary helps. Here’s our guide to the Italian words and phrases you need to know to follow the election news.

The Italian vocabulary you’ll need to follow the elections

If you’re interested in knowing what foreigners in Italy think about the election and what they fear about the result then you can read the results of our reader survey here.

Needless to say many are worried about about increased discrimination and a potential loss of rights if the far-right Brothers of Italy lead a new government after the elections.

“My concern is FdI is a wolf in sheep’s clothing and what will follow will be a true fascist agenda emerging,” said one reader from Rome.

‘I plan to leave’: Foreigners in Italy fear for their futures if far right wins election

With a win for the right-wing alliance looking all but guaranteed in Italy’s election people are naturally asking the question what are these parties planning to do once in government.

We’ve gone through the manifestos, the policies and the pledges and looked at how the lives of foreigners in Italy will be affected if, as expected, the right wing alliance wins on September 25th.

How would victory for Italy’s far right impact foreigners’ lives?

We also have a detailed look at the

If you are looking for a basic guide on the Italian political system then this article is for you.

But if you just want to know who is who in this year’s election then you’d better read this.

How will The Local cover the election?

We’ll report the results late on Sunday evening from when the first exit polls are released. We’ll also be up bright and early on Monday to bring you all the reaction as the final results should be confirmed.

Find all the latest news on Italy’s elections here.